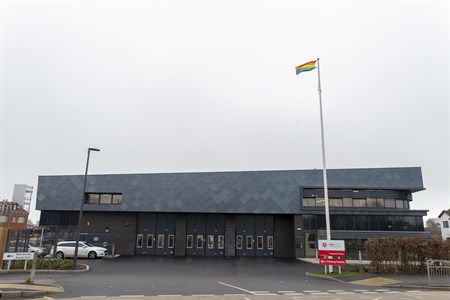 A new purpose built fire station fit for 21st century firefighting was officially opened in Ramsgate today (5 February). Nick Chard, Chairman of the Kent and Medway Fire and Rescue Authority, launched the station and training facility based in Newington Road.

The site was selected for its good location in terms of accessibility to key road networks, and has been built to provide a reliable and efficient modern day service for local people.

As of 7 January 2019, it became home to whole-time crews and 14 on-call firefighters, together providing an emergency response 24 hours a day, 365 days a year.

It is also a base for the British Red Cross, which has a vehicle in the bays alongside the fire engines ready to respond to incidents which require the charity’s support. In addition, the station provides space that other agencies, such as police and the ambulance service, can use. 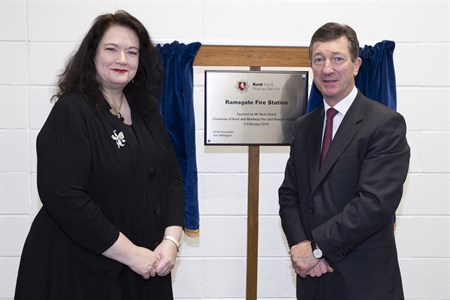 Nick Chard said: “I am delighted to be officially opening the new Ramsgate fire station that will provide effective emergency cover for the area for generations to come.

“It’s in a good location for road networks that will help us provide an excellent emergency service for local people.

“As well as being an operational fire station and training facility for firefighters across the county, it’s a hub for partnership working with agencies such as Kent Police and South East Coast Ambulance Service, as well as the British Red Cross who we are happy to share our new premises with.”

Richard Collins, Red Cross emergency response officer for Kent, said: “A team of British Red Cross volunteers based at the station can be called out by the fire service at any time of the day or night to help support people affected by fires and other emergencies. 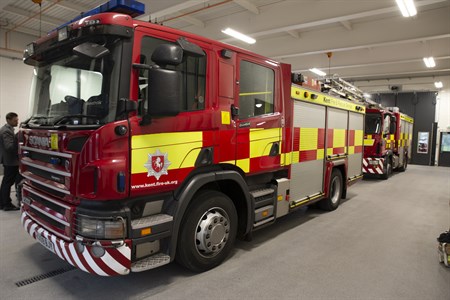 “Our vehicle is specially equipped with supplies like food and drink, spare clothes, hygiene packs, children’s toys, first aid supplies and useful information that can help people with insurance claims, emergency accommodation and so on.

“We offer people a quiet space to talk, or start to come to terms with the situation, and work out what happens next. We work very closely in partnership with the fire service, and we’re very happy to join our colleagues at the excellent new station in Ramsgate.”

The old Effingham Street fire station building, which was occupied by the fire service for more than 100 years and designed to for horse drawn manual fire engines, will soon be the property of Ramsgate Town Council and will be retained for community use.

A little piece of the old station's history has made it's way to the Newington Road site, in the form of a mould of the original Effingham Street station plaque which now sits in the new station's entrance.

The earliest record we have of a fire station in Ramsgate is dated 1878 in York Street, before relocating to Effingham Street in 1905, and 113 years later moving to its new home, Newington Road. 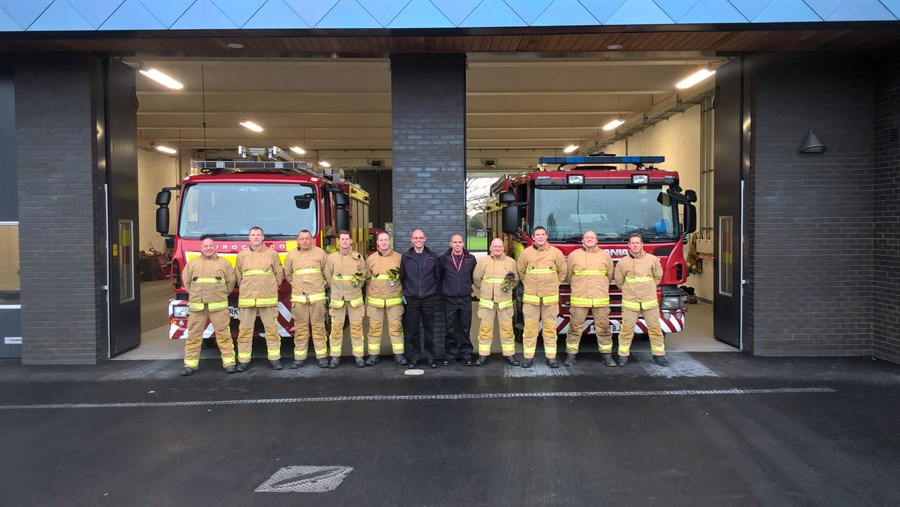